palindrome (n.) – a word, phrase, or sequence that reads the same backwards as forwards. 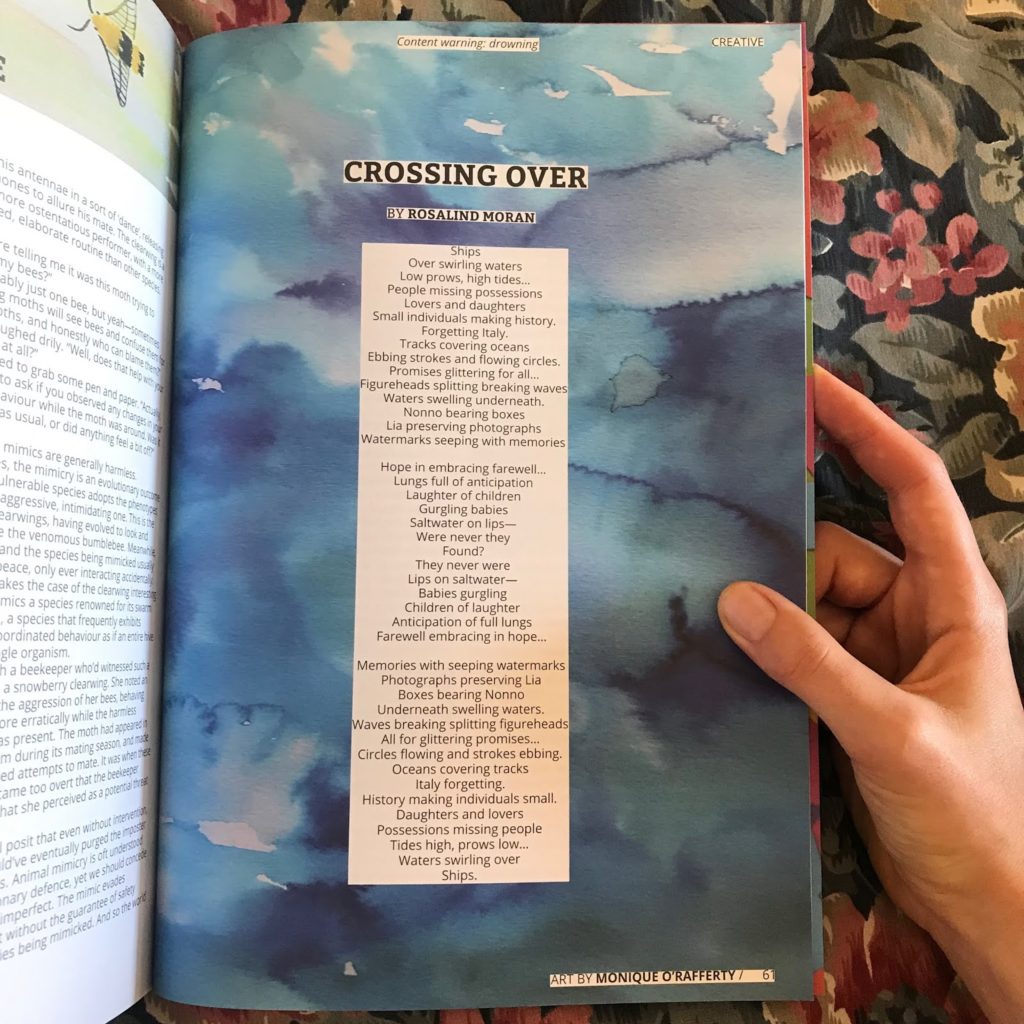 In late 2017, I decided to write what could be termed a ‘palindrome poem’. There aren’t that many around. This is probably because, as I rapidly discovered, they are fiendishly difficult to write.

Nevertheless, other than a few small liberties with punctuation, my poem ‘Crossing Over’ reads the same backwards as it does forwards. What a relief! Conveniently – considered the poem’s watery setting – this effect can be interpreted as physical reflection in text form. It also gives a new meaning to the idea of putting a twist in the middle of a story.

Whenever I see this poem, the top half looks to me as though it’s shaped like a ship, with the bottom half its upside down reflection. The line of the ocean’s surface can be drawn horizontally at ‘Found?’. Squint a little – perhaps you see it as well…

I was very happy to have this poem published in Farrago. That said, however, I also think it’s worth mentioning it was rejected a couple of times before eventually being published. Rejection can feel very discouraging and isolating, which is why it’s important writers continue to discuss it openly.

I sent out the poem here and there over the course of approximately a year, and persistence ultimately paid off. If you’re in a similar boat (n.b. hopefully not the one in the poem though): hang in there!