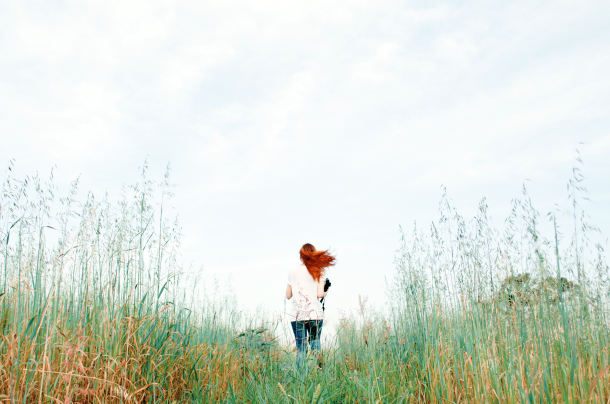 Both as readers of fiction and in the real world, we have been conditioned to judge by appearance. Clean and collared in a boring suit? Public servant. Wearing a puffer jacket? Taswegian. Greying prematurely and drinking caffeine with abandon? The author.

Sometimes we construe people’s identities based on what seem like rational assumptions; uniforms can be easily interpreted, for example, as can physical markers of age. Yet what about height? Hair texture? The stubborn nose or the scattering of freckles? I doubt many of us would judge a person’s character by such traits in real life.

So why do we continue to align certain physical features with personality quirks in writing?

Anyone who has read a book is likely familiar with this phenomenon. Characters’ hair, for example, is often written as a remarkably accurate
reflection of their personalities: feisty heroines are endowed with hair as sassy as they are, and these ‘wild manes’ subsequently spend every scene ‘struggling to escape’ from hair ties, messy buns, or other oppressive hairstyles. Granted, a green mohawk may imply a certain individuality of temperament, but self-styling can at least be controlled—this is very different to insinuating that because a person is born with curly hair, they’re automatically incapable of keeping their temper. Worse still is when this descends into racial stereotyping.

Yet while I, too, eagerly await the day when an author likens a character to an aye-aye or a yeti crab, I can also empathise with them steering away from such fits of originality. Rendering a character’s exterior supposedly representative of their interior is a common subtextual strategy which helps inform the reader about what they can be led to expect. It’s a useful tool, and can be very aesthetically satisfying from a symbolic perspective. Indeed, books of all genres have long employed this technique, and have conditioned the reader to interpret visual cues in an exaggerated version of how we form first impressions in real life; for in books, every aspect of physicality can be carefully chosen, and thus made significant. It’s a simple language of signs which is largely universal, and very comfortable to read and understand.

What’s more, an author does not always have the time or space in which to develop every character along an original slant. Consider secondary characters, and the ‘extras’ in a story: it’s often quickest and easiest to describe them generically. Besides, if they’re not important to the narrative, such a technique also helps to blend them into the background and to keep the focus on the protagonist.

Resorting to archetypes of noble heroes, wicked queens, and their ilk—or the stereotypes of bespectacled nerds and vacuous teens—when populating a story, however, can raise a tricky question. Namely: at what point has a cliché run too far, and should you practise your long-distance archery on its fleeing form?

Personally, I have reservations regarding the murder of degenerate clichés, and often watch their flailing tentacular progress towards the horizon with a mixture of amusement and pity. Clichés, archetypes, stereotypes; they’re not all bad. Indeed, whether or not we vilify them—as far as the external and internal representation issue goes, at least—depends largely on their position within a story, as mentioned previously. If you wish to rapidly convey that a stranger gives the impression of being a kindly sort of mother, you may wish to whip out your matronly vocabulary, flour-dusted skirt, and have them bustle through their one sentence in a round, huggable body. Write an archetypal protagonist, meanwhile—the Dark Hero, with a strong jawline—and you might as well have dropped your keyboard into a murky trope tank.

Furthermore, while it’s lazy and predictable to employ clichés in creating main characters in particular, there is no denying that some examples of physical symbolism contain elements of truth. Take the matronly middle-aged woman example, evident in much of children’s literature: a woman who has lots of children may well have a body which reflects this, be good at giving hugs, and regularly cook for other people (particularly if her story is set in the 50s). Sure, a mother could alternatively work as a fitness trainer, be sparing in physical contact, and live on a paleo diet—but this would be breaking the mould as we know it. It would be remarked upon. The matron figure that we have been taught to recognise in books—warm, friendly, gentle, rounded—both feeds into societal expectations and reflects how we perceive mother figures in real life.

And in fairness, it’s not always totally unreasonable to make assumptions about someone based on their physical appearance. Some people clearly work out all the time on gym machines which I can’t name. Others evidently spend lots of time outdoors, tanning their way through the colour wheel. Such judgements as these are based on generalisations, and may often be unfair… but they are made, consciously or otherwise, and can sometimes be rational. Indeed, imagination joined forces with real life in order to create the archetype.

Yet the notion that physicality—incarnated in books as physical symbolism—can ‘reveal’ what lies on the inside, is also dangerously simplistic and problematic.

Not all redheads are fiery. Not all hazel eyes are mischievous. Not all Goliaths are thugs.

Using physique as a ‘subtle’ form of conveying a character’s personality is ultimately a form of stereotyping—and, like all stereotypes, it rapidly grows tired. What’s more, the way in which we describe characters also betrays authorial bias, and can help perpetuate a particular worldview; like, for example, that in which white skin is the norm, and where Caucasians are the only characters whose skin colour—‘default’—is never described.

If you do employ physical symbolism in your writing, therefore, be very careful—and be sure to question your unconscious biases. Why do we automatically associate certain personality traits with certain physical characteristics? Have you exoticised anyone lately? Does your evil cheerleader really have to be blonde?

In response to that last question: no.

So should your character’s exterior reflect their interior?

Again: I’m going with ‘no’ here. While a small cliché here and there won’t strangle a story, it’s good to challenge the norm. Archetypes and stereotypes in books may have stemmed in varying degrees from real life, but many say more about a person’s perception—what one expects to see—than about what one is actually seeing. In the same way in which we need to challenge real-life stereotypes and assumptions, we should be doing the same in books. Anyway, you’re a writer. Use your imagination.

What’s more, it’s worth being aware of the use of physical symbolism as a technique in books, whether you’re reading or writing them. If books and the descriptions within are conditioning us to infer certain ideas about characters based on appearance, then what ideas might we be applying to the real world, and associating with real people? Is your eyesight truly clear?