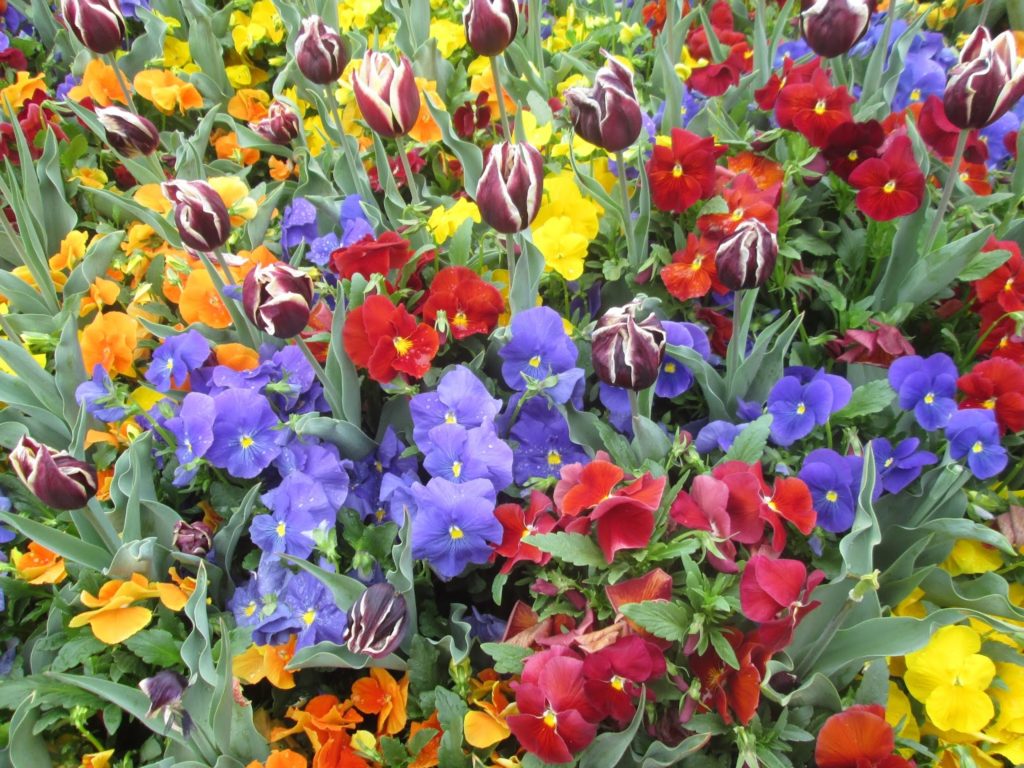 What do you think of when you see a rainbow flower-bed?

Australians, 2017: “Can flowers be a political statement?”

Whether this particular flower-bed (courtesy of this year’s Floriade) was a political statement or not is irrelevant, especially as I raise it primarily in an excuse to share pictures of flowers. Yet the fact an Australian can read a rainbow flower-bed as a statement says something about our current political climate. The atmosphere has been stormy lately, and any a rainbow blocked out by clouds has yet to appear in full glory.

What is a plebiscite?

In Australia, a plebiscite is a vote by which people express an opinion for or against a question deemed to be of national importance. Unlike a referendum, it is not legally binding. Nor is voting compulsory.

Australia has only had three plebiscites (until now). Two were related to conscription during World War I, and and the other was held to inform selection of a National Song in 1977.

We are presently holding what was originally going to be the fourth plebiscite in our history; technically it’s being classified as a survey now, but it functions in much the same way. The question of whether to legalise same-sex marriage is being put to a national poll, and results will be announced on the 15th of November. Why on Earth anyone would rather spend $122 million on a non-binding postal survey as opposed to on schools, hospitals, or roads, however, shall remain ever a mystery.

While I don’t believe the aspiration of “respectful debate” has been met, I do wish it had been. First and foremost, for those who are hurt most by this debate – namely, those who have suffered both physical and verbal abuse for decades owing to their identities, and who continue to experience discrimination – it is cruel, unnecessary, and insulting to have the validity of their lives and relationships thrown to public debate. Moreover, the fear-mongering surrounding much of the debate is as inaccurate as it is alarmist: children and schools are not even relevant to the issue (n.b. children already grow up with same-sex parents and single parents, and are often conceived using IVF. Therefore, hand-wringing over children’s rights to have a biological male and female parent is both unrelated to the debate and insulting to many pre-existing families – including heterosexual couples).

Nevertheless, environment plays a strong role in the development of personal attitudes; and, deterministic though this may sound, we don’t necessarily exert as much control over our ideas as we might like or believe. Consequently, it is not unreasonable to argue that we should all seek to be empathetic towards those with whom we disagree. That said, however, the power dynamics in this situation can make it difficult – or again, even insulting – to suggest the more persecuted side calmly tolerate views which deem them abominations. While it can hurt to be told you’re a bigot because you believe what you were raised to believe, it hurts a lot more to run a constant risk of persecution – a risk extending even to murder – simply for existing.

To write an article on this issue felt a little pointless: while it’s important to speak up about political stances in which one believes, there are already many good articles on the topic, and I don’t have anything especial to add in the way of logical argument. Yet considering the understandable grimness surrounding this debate, I did feel a little humour wouldn’t go amiss. If you are curious, you are welcome to read my satirical article “You Are Invited To Vote In The Spherical Earth Postal Survey”, here.