This article was first published here, as the final piece in my column for Capital Letters (ACT Writers Centre). 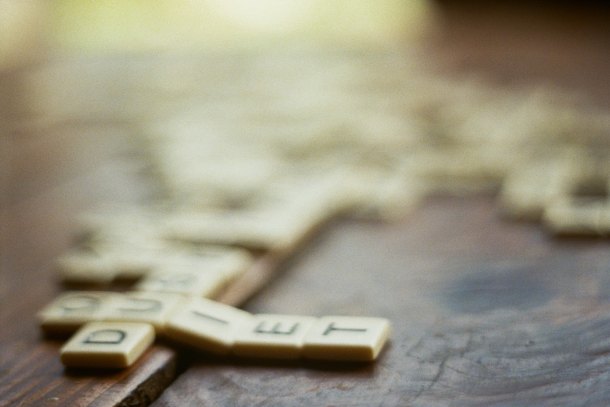 To translate written work, especially colourful prose or poetry, is an exercise both punctuated by glee and fraught with anxiety. The ethical pitfalls of translation are many, and synonyms somehow never quite enough. If one resignedly steamrolls alliteration and meter, the yells they emit could be transliterated as anything from “ouch”, to “aïe”, to “āi yō”, depending on one’s perspective. Meanwhile, nuance flees the scene, and nobody notices.

The Italian language has a pithy saying on the subject: “Traduttore,  traditore” – translator, traitor. It reflects the pessimistic but noteworthy idea that the act of translation is inherently doomed to fail, for nothing can ever be translated with perfect precision.

Reclining in her faux-leather desk chair, the philosophy professor looks  smug. Does ‘translation’ even exist? Her eyes seem to say. How can any word, any perception, or any one reading of a text have a direct equivalent in  another tongue? And how could you identify it anyway, trapped as you are within the framework of your own perceptions and experiences?

Yet to engage in such a debate is a challenge for another day, another office; another bottle of vodka. Though it has its esoteric merits, the argument that no translation can ever be ‘perfect’ risks obscuring important practical considerations: that translation is necessary in a globalised world, and that translating in order to learn more about other cultures and their literary wealth is a positive undertaking.

Nevertheless, assuming the attitude that translation both does and should exist, we are already faced with several issues. For example, how loyal must a translator be to an original text? What responsibilities do they hold?

In an argument which harks back to the aforementioned philosophical point, critics and translators alike have argued that translation is not a dry affair which shuttles back and forth between languages, but rather an act of creation. Consider stylistic qualities of texts, such as alliteration and rhyme: a translator would have to be inventive in order to convey a sense of an original text’s style as well as its meaning. A nursery rhyme or a tongue-twister, to use very basic examples, would suffer if translated too literally; no-one cares about that random woman’s seaside vending enterprise at the best of times, but that ‘she sells shells’ is even less interesting in a language which loses the consonance and assonance of the English anecdote.  Similarly, no Anglophone would bother repeating the entertaining (no really, it’s adorable) French tongue-twister, As-tu été à Tahiti? – “Have you been to Tahiti?” – in English for fun. Clearly, there must be some degree of creative licence in translation if an original’s nature is to be emulated effectively.

Nevertheless, to see translation as a creative act does have its problems. If one takes too many liberties in translation, translation could turn into adaptation – and if a translator has been entrusted with a text to translate, they do have an obligation to respect the original work.

Granted, questions surrounding ownership and originality are further complicated by the fact translators are, naturally, encouraged to translate ‘well’. To evoke the philosophy professor from the third paragraph, however, what is ‘well’? Should a translation be permitted to improve on the original?

To compare a translation’s merit with that of an original is highly subjective. That said, it is possible to analyse the two primary components of all texts – style and content – and consider how these might be improved via translation, and whether doing so is ethically acceptable. On the one hand, translators have a responsibility not to manipulate texts, even so as to ‘improve’ them, simply in order to represent them accurately. Yet one can still find glimmers of ethical translation innovation; turns of phrase which respect the original by adding flair, but in no way changing the meaning. A personal favourite, for example – a piece of genius I still recall from childhood – is how Harry Potter’s French translator, Jean-François Ménard, fused the words ‘choix’ (choice) and ‘chapeau’ (hat) to make the French version’s Magic Sorting Choixpeau. Such a pun is in keeping with the books’ tone, and thus a valid stylistic choice.

A more recent example of inspired translation is that of Deborah Smith, who was co-awarded the 2016 Man Booker International Prize for translating Han Kang’s prize-winning novel The Vegetarian. Judges deemed the prize to be “equal” between author and translator, considering the book to have “found the right voice in English” and to have thus been made accessible to Anglophone audiences to an unusually accurate degree, in both style and content. As with the case of Jean-François Ménard mentioned above, this example shows how a translator can perform their job without obscuring or overshadowing the text with which they’ve been entrusted.

However, in terms of content the debate thickens considerably. Naturally, it seems unlikely anyone would condone changing characters or storylines in a translationYet making such decisions is not always so simple. Take H. Rider Haggard novels, for example: enormously popular back in the heyday of the British Empire, they would now be considered ludicrously offensive for their blatant racism, sexism, and classism. Should we alter the content, and thus our understanding of Haggard, by toning down the racial slurs and the punitive deaths? Similar questions have been asked about Enid Blyton novels, still widely distributed, and those of Agatha Christie, the best-selling author of all time.

To alter these works, whether by translation or modernisation, would go beyond stylistic tweaks. Whole characters’ identities could need rewriting to fit today’s standards (it can be hard enough ), and to take such liberties with an author’s work seems absurd, or at the very least Orwellian. And yet what should one do, if translating an otherwise exceptional novel in which a protagonist makes repeated racist or homophobic jokes, for example – which, in that culture, era, and social context, may actually have served to consolidate his popularity and (supposedly) the reader’s good opinion of him? Does one simply footnote such incidents, and use them to discuss cultural and historical differences, and changing ideologies? Or does one adapt the joke, and translate the author’s supposed intent (i.e. the joke makes the character popular) so as not to jar a progressive modern readership?

Personally, I believe translating a work should ideally be unobtrusive: it’s not the place of the translator to change the tone of the original and thus influence readers’ interpretations of the text. We can’t ever fully know an author’s intent, but we can be as faithful to informed interpretations of it as possible. Besides, translation is widely perceived as an objective act, even though this is hardly the case. The common belief that a translation is accurate means a translator therefore has a great deal of responsibility, for their word will literally be taken to be somebody else’s. Translators are facilitators above all: they should consequently aim not to betray their readers’ expectations of loyalty to an original.

Yet in spite of these various quandaries and ethical limitations, translation needn’t be considered the underwhelming ‘study in beige’ of the writing arts. As mentioned previously, it can be creative without being presumptuous, particularly if an integral part of a text’s quality is owed to a memorable writing style. In these cases, it can be a lot of fun to read translations; after all, one never knows what cleverness might have been unearthed through using a set of parallel tools, and how different translators might have interpreted the one text. What innovations might there have been in translating Shakespeare, and might these translations have developed over the years along with our readings of his works? How about Finnegan’s Wake? Or Jabberwocky?

No matter how self-effacing or otherwise a translator may be – and regardless of whether they intend to reflect or to recreate texts – there is at least one point on which we can be hopeful: that there will always be as much to be gained, as to be lost, in translation.